Voting at AGMs
Voting at least 50% of shares held.

Dialogue
Engagement in dialogue with management bodies on ESG issues. 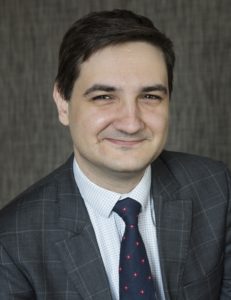 I joined the ranks of Clartan Associés as an analyst in 2015 following a spell as an intern and my graduation in finance from Sciences Po Paris. My role in the firm is to assist the manager’s team in the scrutiny, valuation and monitoring of the companies that constitute our investment universe. More a craft than a science, valuation obeys principles rather than laws and as is a field of personal fulfillment, an endless quest for perfection. At Clartan Associés I appreciate the investment philosophy combining value investing with team work that limits individual bias. Furthermore, the firm applies rigor and discipline in its decision-making which augurs well for the future and motivates me to take part in its further growth. 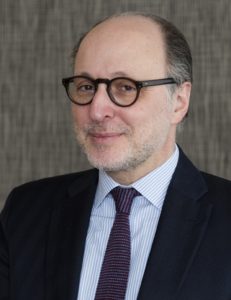 A six month work placement at the end of my ESTP engineer training was an early opportunity to get to know this “shop”, as the Anglo-Saxons say. The company had only five members of staff at the time, was managing 20 million Euros and they used the Minitel to consult the prices! The human scale of the company, its reactivity, team spirit, a long-term view of client service and the entrepreneurial project really did win me over.

So I went back to Clartan Associés, after two years auditing at KPMG, in 1999; from certification to analysis of accounts, with in-depth studies of companies and an understanding of their DNA. A vast and lively universe of investment has been opened up to me. My taste for investigative work is today still as strong as ever.

I have not looked back since that time, still with the same values and the same prioritisation on the interests of the client; the shares being managed exceed the billion Euros, and Clartan Associés is more than 30 persons. 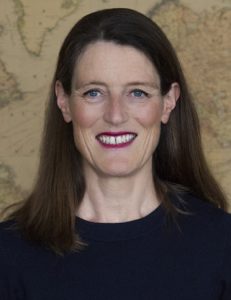 I worked for the BNP Paribas group for fifteen years before joining Clartan Associés in 2011. At each step of my career I have looked, as far as possible, for a supportive human environment, membership of a team that I respect and activities that combine analysis and contacts. My arrival at Clartan Associés has an extra dimension in that I am asked to fit in with a rather special form of organisation, with a degree of rigour and professionalism corresponding to the responsibilities of capital management for third parties, and a philosophy of sustained service that entails a long-term view. My training as an engineer and my professional experience in management control and looking after the clients of large multinational companies means that I am able to contribute to financial analysis and relations with our professional and institutional clients. Finally, I like to think that my British nationality adds a certain exotic island touch.

The information presented above does not represent either an offer for sale or investment advice. For full information on strategy, fees, all risks and the recommended investment period, please refer to the prospectus, KIID and other regulatory information available on our website www.clartan.com or free of charge on demand from the company’s head office.
Pays
Profil
Avertissement